The largest private tank collection in the UK 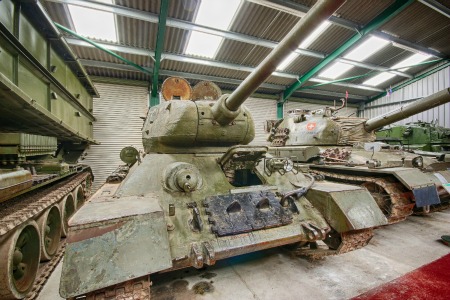 The Soviet Union's T34 with its 85mm gun first saw service in 1940 on the Eastern Front where, at the time, it quickly proved to be one of the best tanks in WW2. It was fast, reliable, and due to its low ground pressure, very manoeuvrable

Although built in Russia in 1944, The Museum obtained its example in 1989 from Czechoslovakia. 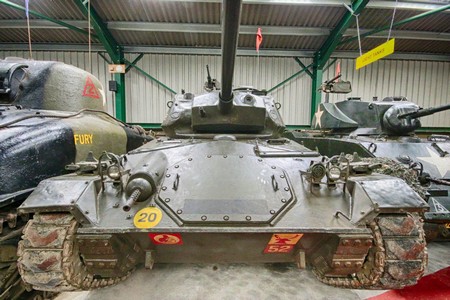 The M24 Light Tank, named after General Adna Chaffee, first entered service with the US Army in 1944. A the time the firepower and protection afforded by the Chaffee surpassed that of all other light reconnaissance tanks, its 75mm gun being equal to that of the Sherman main battle tank. 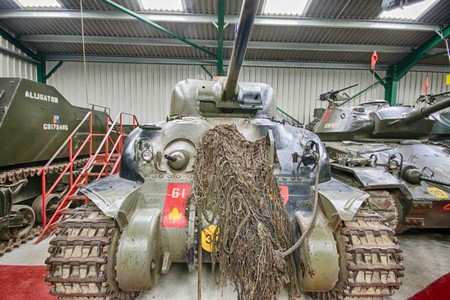 With the US Army Sherman designation of M4 A1, the Museum's tank was manufactured under licence by the Canadians who called it the 'Grizzly'. It has a cast hull unlike the standard Sherman which is of welded construction. Almost 50,000 Sherman tanks were produced in WW2 which gave it numerical superiority in most battles. With a 75mm gun it was reasonably well armed for its time

Only 188 Grizzlys were manufactured in Canada as American production of Shermans met demand. After WW2 many of the Grizzlys were acquired by the Portuguese Army from where the Museum's example was obtained 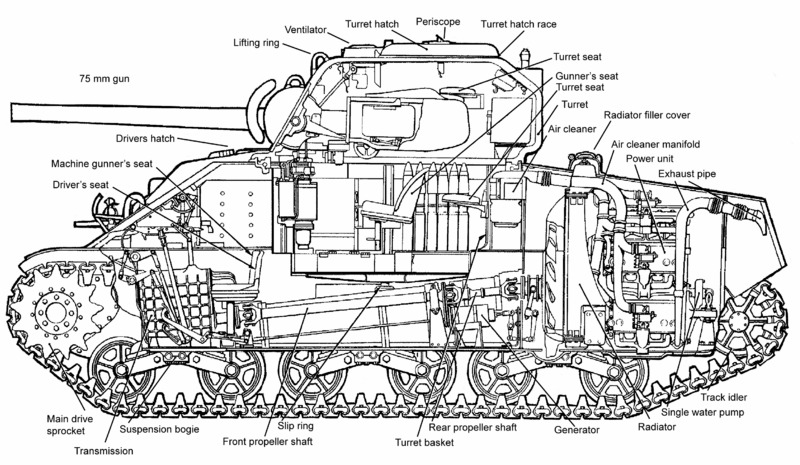 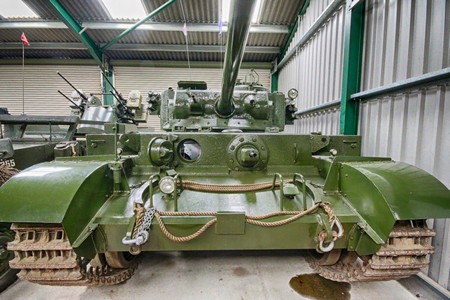 To combat the firepower of the German Panther and Tiger tanks the A34 Comet was armed with a 77mm high velocity gun. The tank was powered by the Rolls Royce Meteor engine similar to the Merlin engine used in the Spitfire

It first saw service in late 1944 during the advance into Germany and took place in the Berlin Vistory Parade in 1945, and later was used in the Korean War in 1950/53

The Museum's Comet was acquired from the Republic of Ireland in 1990.  Over a four year period it was rebuilt and is one of only a handful left in working order 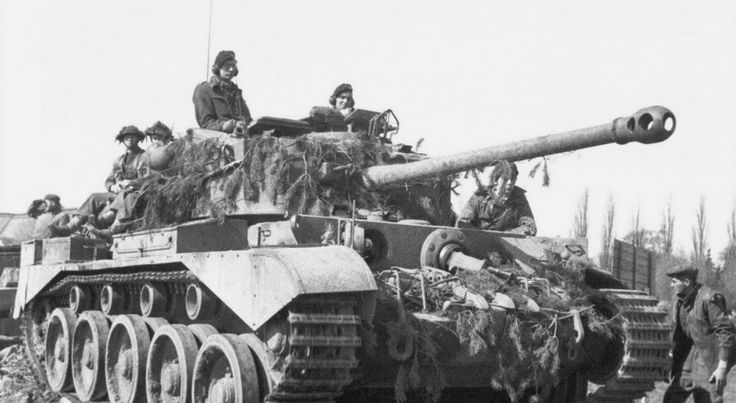