There is a large display of heavy Artillery 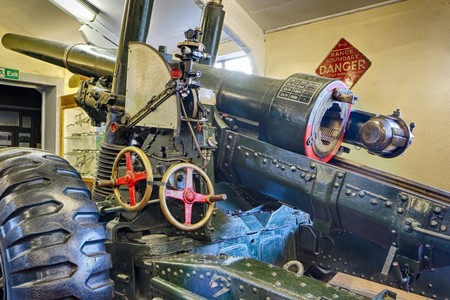 The 5.5 Inch Medium Gun was used in WW2 to shell enemy defences and first saw action at El Alamen, North Africa in 1941. It remained the British Army’s standard heavy weapon until the late 1960s and was still used in training by Reservists until 1980

Some 3,600 were manufactured and were used in conflict by other countries until the early 2000s. The weapon is easily identified by its two hydro-pneumatic recoil cylinders and its large split trail. Weighing 3 tons it required a crew of ten and was towed by a large AEC Matador truck 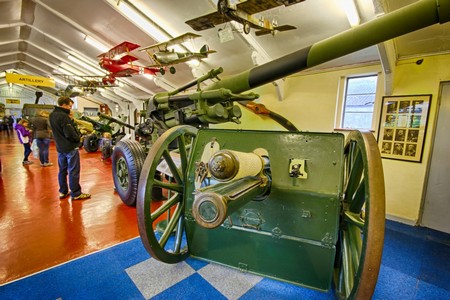 The 13 Pounder Field Gun was initially the British Army’s principle weapon in WW1. It was first fired at the opening of hostilities on the Western Front on 22nd August 1914 and was later succeeded by the longer range 18 Pounder
It is still used by King’s Troop RHA each year to fire State Salutes in Hyde Park. As a gun carriage it took the bodies of the ‘Unknown Soldier’ to be laid in Westminster Abbey in 1920 and Diana, Princess of Wales through the packed streets of London in 1997

The Museum's example was obtained from South Africa and was taken to France in November 2017 to fire a salute to mark the 100th anniversary of the Battle of Passchendaele. Its rare restored limber has since been added to the Collection 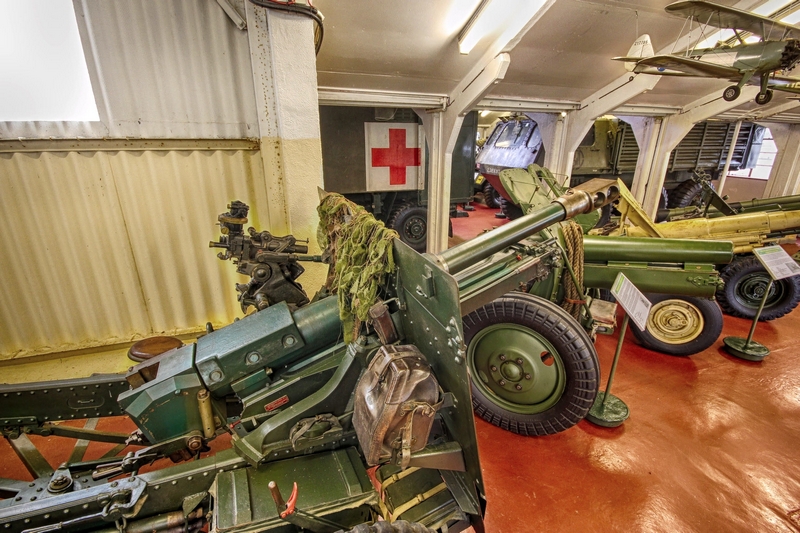 The 25 Pounder Field Gun was the British Army’s primary artillery weapon from 1940 until the late 1950’s. It saw service throughout WW2 and was used afterwards by many other countries in conflicts around the world, including Iraq

It could be used against an advancing enemy and as a howitzer against fixed targets. Towed with its limber by a truck (a "Quad") it could also be mounted in a tracked vehicle. The shell was separate from its brass cartridge case which gave the choice of shell head and charge to be used