OPEN EVERY DAY 10 am to 5 PM No booking required

The tanks on display are kept in running order 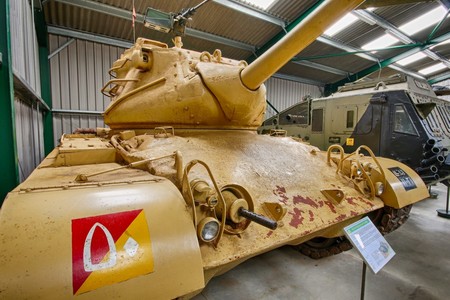 The M47 Patton first entered service with the US Army in 1952 after an earlier version had been rushed into use for the Korean War. Over 8,500 were built and although it had a short operational life it was a considerable success despite the weakness of having a limited range because it used 3 gallons of petrol to the mile 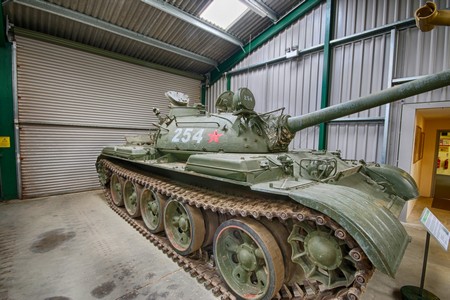 The T-55 made its first appearance in 1961 in Moscow to mark the anniversary of the October Revolution. Upwards of 100,000 were produced by the Soviet Union and Warsaw Pact countries making it the most widely manufactured tank in history

T-55's were extensively exported and have seen combat all around the world including Iraq and Syria in recent times. Well armoured and designed with a low profile it was only destroyed in battle by more advanced and modern adversaries 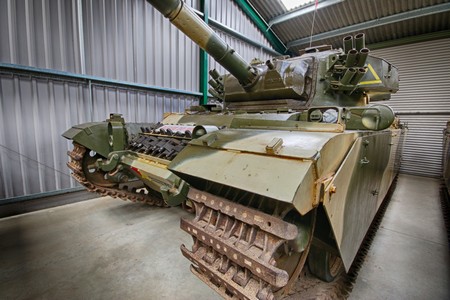 The British Centurian tank came into operational use in the late 1940's and at the time was the best tank ever produced. It saw service all round the world including in the Korean and Vietnam Wars and most of the conflicts in the Middle East. Some later models still remain in use today

Between 1946 and 1962, 4,423 Centurions were produced, consisting of 13 basic marks and numerous variants. In British Army service it was replaced by the Chieftain. The Museum's Mk 5 version was obtained from the Swiss Army