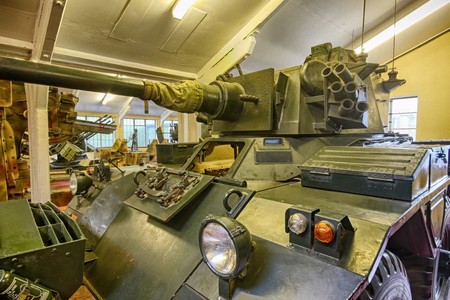 The Alvis Saladin was a six wheeled armoured car used by the British Army in the 1960s. First based in Oman and Cyprus it continued in service until finally helping defend Kuwait during the 1990 invasion by Iraq. It was still being used by many other countries as recently as 2009

It was armed with a powerful 76mm gun and two machine guns. With a high top speed,  good armour and cross country ability it was a popular policing vehicle in times of trouble around the world. The Museum restored its Saladin after recovering it from a military range 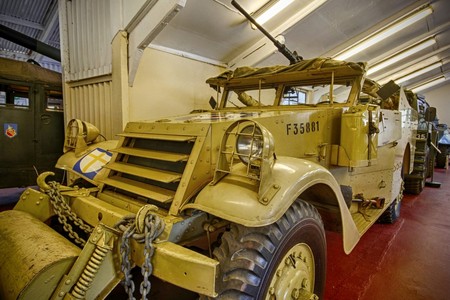 The M3A1 reconnaissance vehicle is better known as the White Scout Car named after its US manufacturer. It is lightly armoured with four wheel drive and can carry up to seven soldiers. Armed with a 0.50 and a 0.30 calibre Browning machine gun both are mounted on a skate rail round the hull

It saw service with the Allies in WW2 and later conflicts but was not popular as it was open topped which gave no protection. The roller mounted at the front of the vehicle was used for getting over and out of ditches 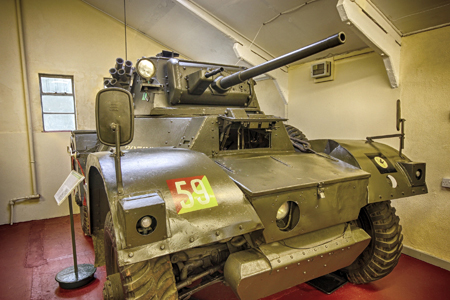 The Mk 1 and Mk 2 models of this Armoured Car were reputed to be amongst the more advanced wheeled armoured fighting vehicles of WW2. Used for reconnaissance and escort work this example saw service during 1942 in North Africa, Palestine and Italy and continued in use until the 1950s

For its day it was well armed and fast with inovative features including a rear facing steering wheel enabling it to be driven backwards at speed. It was also the first miltary vehicles to use disc brakes 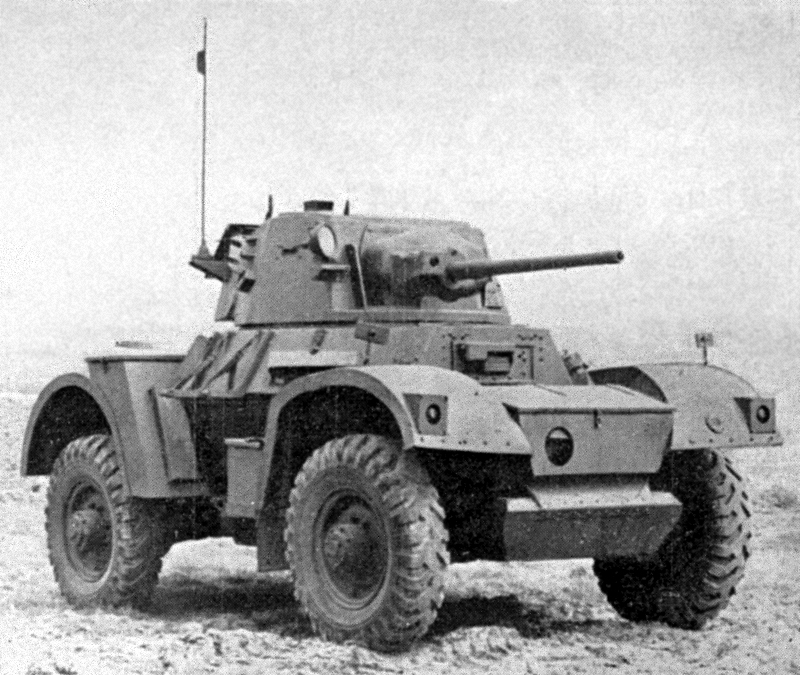